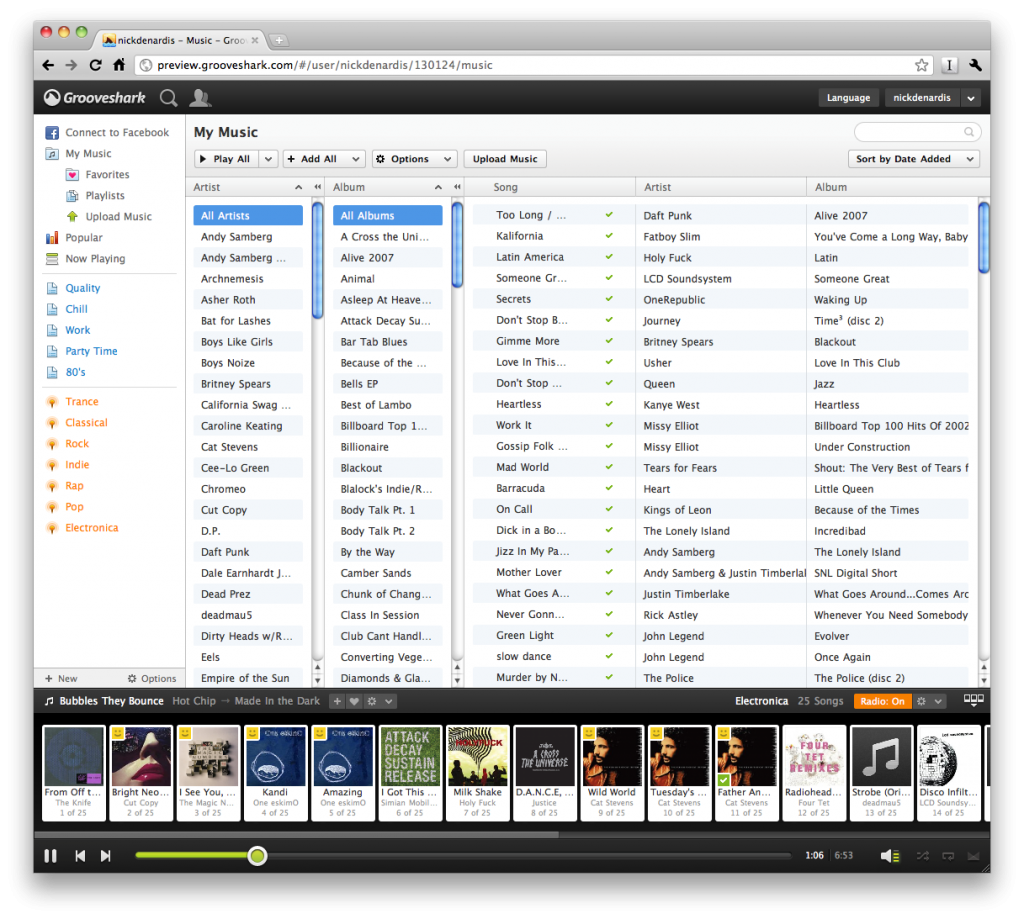 If you are a fan of Grooveshark (opens new window) you have probably been using either the Flash based site or if you are VIP, the AIR application. Both work the exact same way except they rely on Flash and are very resource intensive. If you're on a laptop and trying to conserve battery Flash is not something you want to be running a lot.

I posted a tweet last week when I realized just how much resources Grooveshark AIR application was taking up while working on a slower computer.

Luckily this last week Grooveshark released a preview of their new fully HTML site! It's not fully HTML5 because it doesn't have all the features yet (opens new window). It is only available to VIP members and you have to be running Google Chrome. It looks very similar to the current site. I have included a screen shot above. They did tweak the actual player at the bottom made it more fluid. I personally like it more.

Testing out the resource allocation between the two versions you can see from the activity monitor below the difference is phenomenal! The CPU % was the largest improvement.

I won't go into the details of the new version of Grooveshark but I just wanted to point out and give the Grooveshark team props for migrating their app into something (almost) completely native. Great job guys, keep up the awesome work!