Time lapse: From the suburbs to the city - Detroit

Inspired by a video I stumbled upon years ago (can't find the link anymore), I decided to bring everyone on a journey through an hour of my life every day. Detroit is a unique environment because the majority of people who work in the city live out in the suburbs. While talking to people that live in other major cities the idea is foreign to them. The city is suppose to be the place to be, why would you want to live outside and commute? In a city dominated by the auto industry, the idea of public transportation was looked at as a "poor man's" way of getting around. I'm not sure where the idea came from but it was bread into every single person around the city. Secondly, city services are just not there for us.

Above is a time lapse video I put together to bring you on my journey to and from work (Wayne State University (opens new window)) every day. I live 20 miles from campus and it takes me roughly 30 minutes each way. That's a large chunk of time carved out of my day that I can't get back. I hope you enjoy the ride and the tunes.

A few notes about the video. I actually did drive the speed limit although it looks like I'm flying down the road. It also looks as if I am getting pretty close the the vehicles in front of me, I blame it on the camera making it look like I'm closer than I really am. Just wanted to put that out there before I get too many comments.

I am a huge believer in using existing tools to do work, so I did just that. I didn't use anything special to create the video above that I don't already use to create EDU Checkup (opens new window) each week. 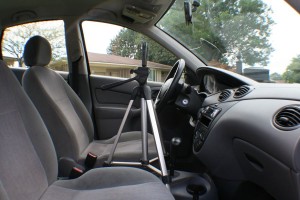 I now drive Andrea's (opens new window) old car, a Ford Focus, to work to save on gas. I simply added a tripod between the drive and passenger seat, which fit nicely. Attached a Kodak Zi8 (opens new window) to the top and I was ready to rock and roll. I cracked the windows open a little bit to get the ambient noise. I also had to make sure it didn't touch anything in the center of the car because it shakes the camera a lot.

Once the drive to and from work were recorded I downloaded the video to iMovie and started playing around with the speed settings. Thanks to Mallory Wood (opens new window) for making me aware the setting was even there. I found that 800% seemed to be a happy medium. Slower was just too slow and anything faster you can't really make out the small details passing by. 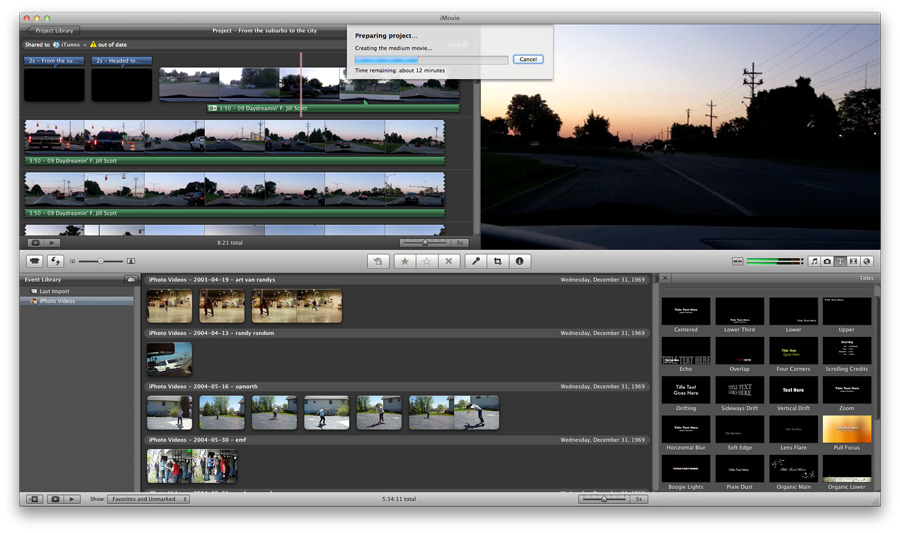 I added some title slides and contemplated putting a few lower thirds to point out landmarks but I scrapped the idea for now. I might replace it if people ask me a lot of questions about the environment. I added two songs to overlay the sound of the engine, Lupe Fiasco's Daydreamin' (opens new window) and Streets Of Tomorrow by Carla Vallet (opens new window).

Wrapped it all up with a thank you slide then sat and watched it render. I don't know why I did this all on my Mac Mini but I did and it took far longer to encode than I imagined. But in the end it all worked out.

# Learn something from everything

Initially I thought this would be a cool project and I didn't really think about how to get this done before hand. I think everyone should at least once per month have a project they just jump into and figure out, something completely different than their every day work. Although the work on this video only took a few hours to put together it took a far different part of my brain than I typically work with on a daily basis.