Shipping day, RT Reach is out the door 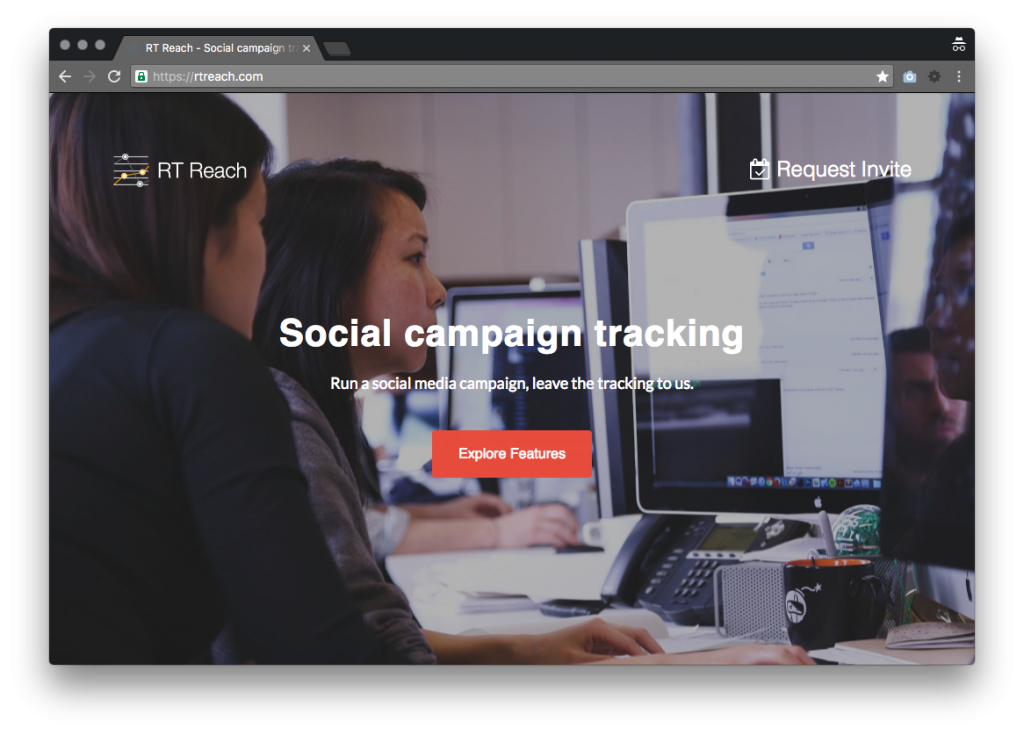 Starting something new begins with shipping the first version. I've been working on a social media campaign tracking app for a while now. It started early 2015 when helping the Detroit Grand Prix (opens new window) track their social activity leading up to and through race weekend. Although that initial version was launched, it left much to be desired in the codebase, which was thrown together in a weekend and hard coded for a single purpose.

Creator's ship. This week I was traveling a bit with some more down time than expected, it gave me the excuse to write this up and ship the initial version of the app, version 0.1.

Down to the core, RT Reach is for small business and groups who run multiple events throughout the year and need to report the success and metrics of multi-channel social media campaigns. It tracks account posts, views, reach and most influential accounts per campaign on Twitter, Instagram and YouTube initially. Sums it all up with clear at a glance charts and daily summary emails.

Initially I'll be offering concierge onboarding to work with a first set of customers and walk in their shoes to refine the product for a wider audience.